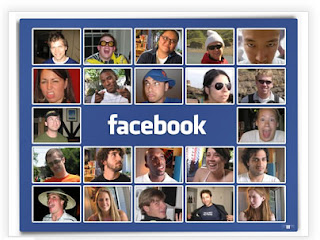 If Facebook were a country, it would be the fourth largest and most populated in the world.

At 350 million users to date, it surpasses the number of people in both the United States and Spain combined.


If Facebook were my boyfriend, we would be the quintessential high school couple – since I’ve broken up with Facebook more times than I can count.

I’m back for now. Wondering daily, Why are we still together? or better yet, Why am I looking at someones honeymoon pictures from Niagara Falls? I don’t even know these people.


Facebook is the number one social networking tool, used by everyone from the Fortune 500 businessman to grandparents. My reason for joining this social phenomena was to post my articles and blog posts and to keep my finger on the pulse of the fast-changing world of Christian publishing.

What began with good intentions, quickly evolved into something different.


My spare time, once used to garden, decorate, and make dinner a few times a week, soon became filled with incomplete sentences and cutesy comments. They call out to me like a siren’s song and before long, my daily to-do list crashes against the rocks.


Before you begin to tell me how beneficial Facebook is and how many “friends” you have reconnected with, let me remind you what the definition of friend is.


Friend: a person who is attached to another by feelings or affection.


The Bible says, A friend loves at all times, a brother is born of adversity. Proverbs 17:17


Clearly, love and affection are two fundamental characteristics of a friend. So, when you tell me you have six hundred and thirty-two friends, you might be deluding yourself. My husband likes to call them F.F.F.’s, or “Fake Facebook Friends.”


Calling an unknown person who can read your daily one-liners a friend is like calling every male contact on your EHarmony page your husband.

Purpose  Be honest with yourself. Why are you using a social network? Good reasons like client contacts and keeping in touch with the kids can quickly become talking to ex-boyfriends, or investing what little free time you have watching lives of people you will probably never meet and who have little or no interest in you. Focus on the benefits and use it as a tool for good.

Precaution  It’s always smart, when possible, to plan what you are going to post on your Facebook page for the day. Try not to shoot from the hip with pithy comments. You may think your sarcasm is funny, but often times, funny and sarcasm is lost in translation. Only share on Facebook what you’re comfortable shouting in a crowded movie theater.

Patron  Don’t be delusional. There is no possible way you can have five-hundred friends. Facebook-Friends should really be called Facebook-Acquaintances or Facebook-Patrons. A patron is a much better term for lookey-loos. A patron is a customer, client, or a regular guest. When you think of your networking base this way, it makes it much easier to keep yourself emotionally detached.

As for me? For now, I will move forward in this on-again off-again relationship, while desperately clinging to my true beliefs.