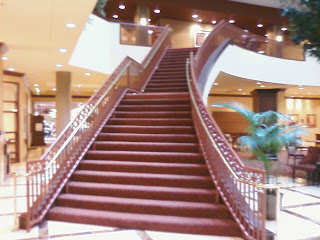 These questions were my constant dialogue between the Lord and me while I was at She Speaks.

At least all day Friday.

I was scheduled for two publishers appointments on Saturday. So many gals weren’t able to get one at all, let alone two. After speaking with one of the teachers on a class I took on pitching your book idea to a publisher, she encouraged me that I didn’t have a book, but rather an article and not to pitch my book at all. I was so discouraged. I felt guilty taking the spots from other women who did have a chance at a book. I tried to offload my meeting times with two different gals I met there who shared their disappointment in not getting time with a publisher. They said they’d get back to me, so I told them which room I was staying in just in case they wanted to contact me later.

Before bed I called my husband Paul and told him that I really didn’t have a book idea after all, just an article. I told him what the teacher had told me earlier. He asked me, “Did God tell you not to pitch your book?” “Well, no.” I replied. “Joanne, it’s not an accident that you are there. Take advantage of what God has put before you and pitch your book idea.” His words encouraged me. After listening to Lysa Terkeurst share how her first book was rejected fifteen times, well, I was scared to death. I surely wasn’t looking forward to being rejected for the first and second time in my short lived writing career.

I prayed in my hotel room alone that morning, surrendering my goals and desires for His. I told the Lord that if today was a day that I would be rejected, then I would do it with joy for Him.

At 9:00am and 6:00pm I walked up the grand staircase above, in obedience to whatever He had already planned for my life, for the first time I went in and spoke with publishers, women from Howard Publishing and Harvest House Publishing.

When each publisher reached across the table to hand me their personal business card, I ran back down those stairs, and out the hotel doors to call my family and friends. (Not easy to do in backless heels). Just like Charlie in the chocolate factory when he runs back home to show Grandpa Joe his prized golden ticket, I was thrilled.

They both want me to send in a book proposal at the end of the summer.

Just like Renee Swope shared with her message about shadows of doubt…they are already starting to creep in.

But I have to remind myself of what Lysa said on Friday evening.

“Blessed is she who has believed that what the Lord has said to her will be accomplished.” Luke 1:45